skip to main | skip to sidebar

You may remember me saying that I have decided to do all of the things. In the case of the past three weeks doing "all the things" has meant not writing blog posts.

So let me try, as quickly as possible, to catch you up on all the things.

I spent a weekend in Bristol, with my classmate Charlotte, in order to see a Kneehigh show, and you know, be a tourist in Bristol, cause it's cool.

Okay, I'll give you a closer look:


And all that was just Bristol.

I've also seen buckets of Brit theatre, including Sheridan's The Rivals at The Arcola (I was two feet from Gemma Jones. I die.), The Dog, The Night, and The Knife at the Arcola (Snoozefest. Oh well.), Kneehigh's Dead Dog in a Suitcase at the Bristol Old Vic (Post apocalyptic electric violin puppet finale! Yes!), Belvoir's touring production of Wild Duck at the Barbican (Badass. Wow.), My Beautiful Black Dog and Am I Dead Yet in Bush Theatre's RADAR Fest (Am I Dead Yet was incredible), Our Town at the Almeida (with the ever-glorious Paul Cello, who also basically coerced me into seeing the last two hours of Interstellar at Screen on the Green. So swanky. Very fun.), Hunter and Johnny at Camden People's Theatre, Class Act by Harry Giles at Ovalhouse, Are You Lonesome Tonight? at Ovalhouse, and Engineer Theatre Collective's RUN at New Diorama Theatre.

So yeah, I've seen some shows. Many of them were really awfully good, too.


I've also (selflessly) explored several amazing weekly London Markets, but Broadway Market is one of the best I've seen so far, food-wise. I humbly submit for your consideration:

Yet another side benefit of doing all the things? Seeing still more great street art. 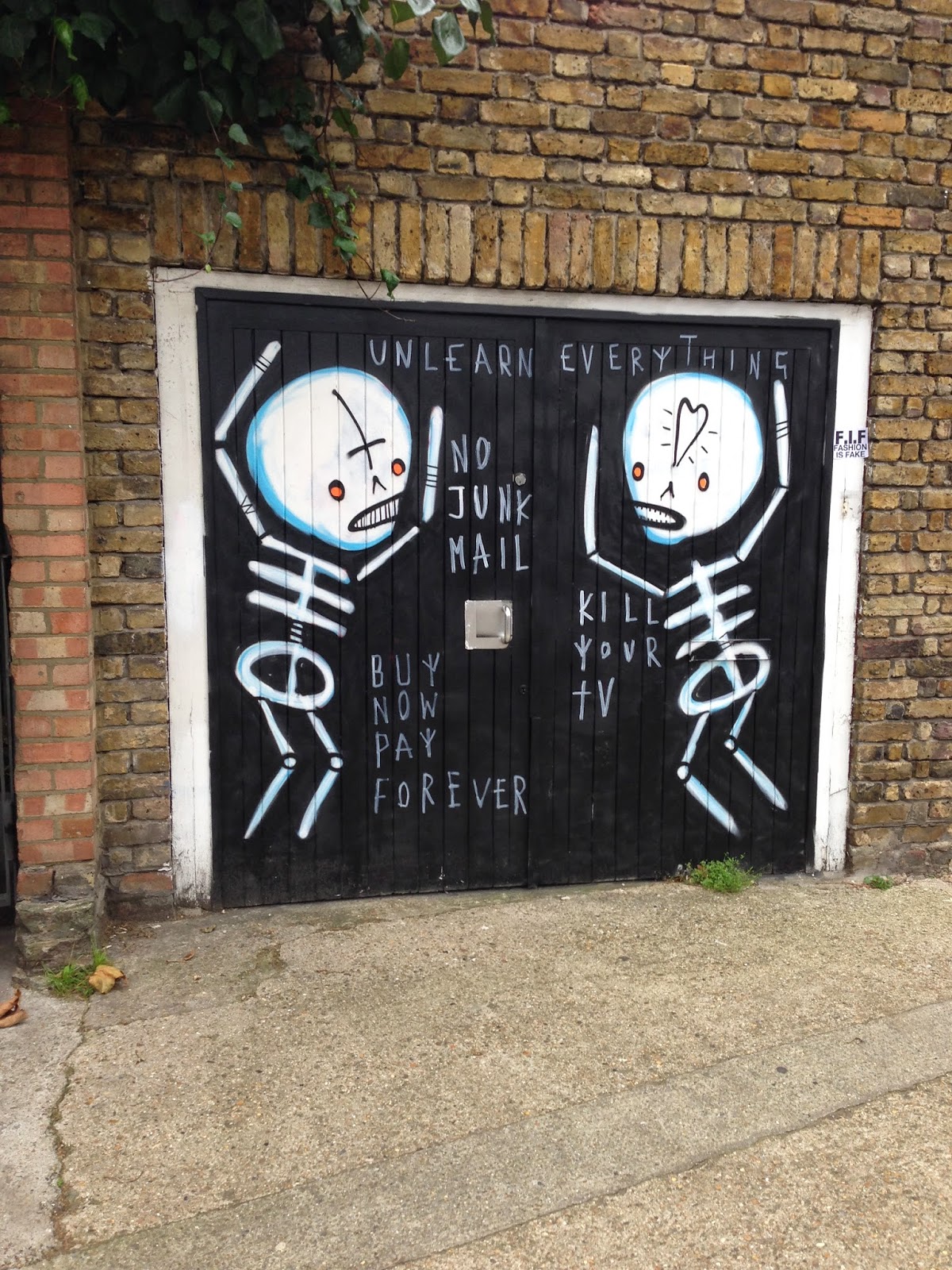 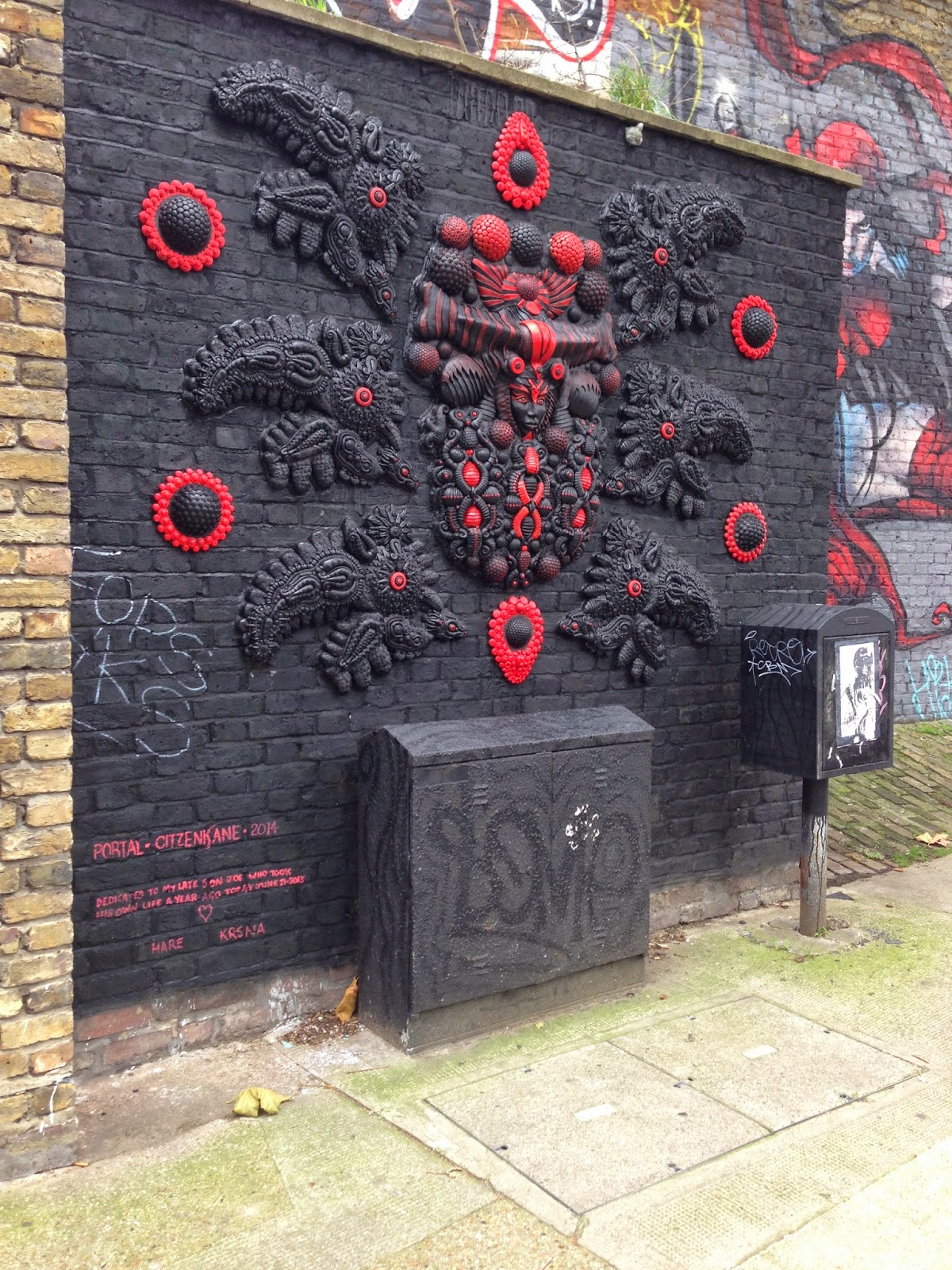 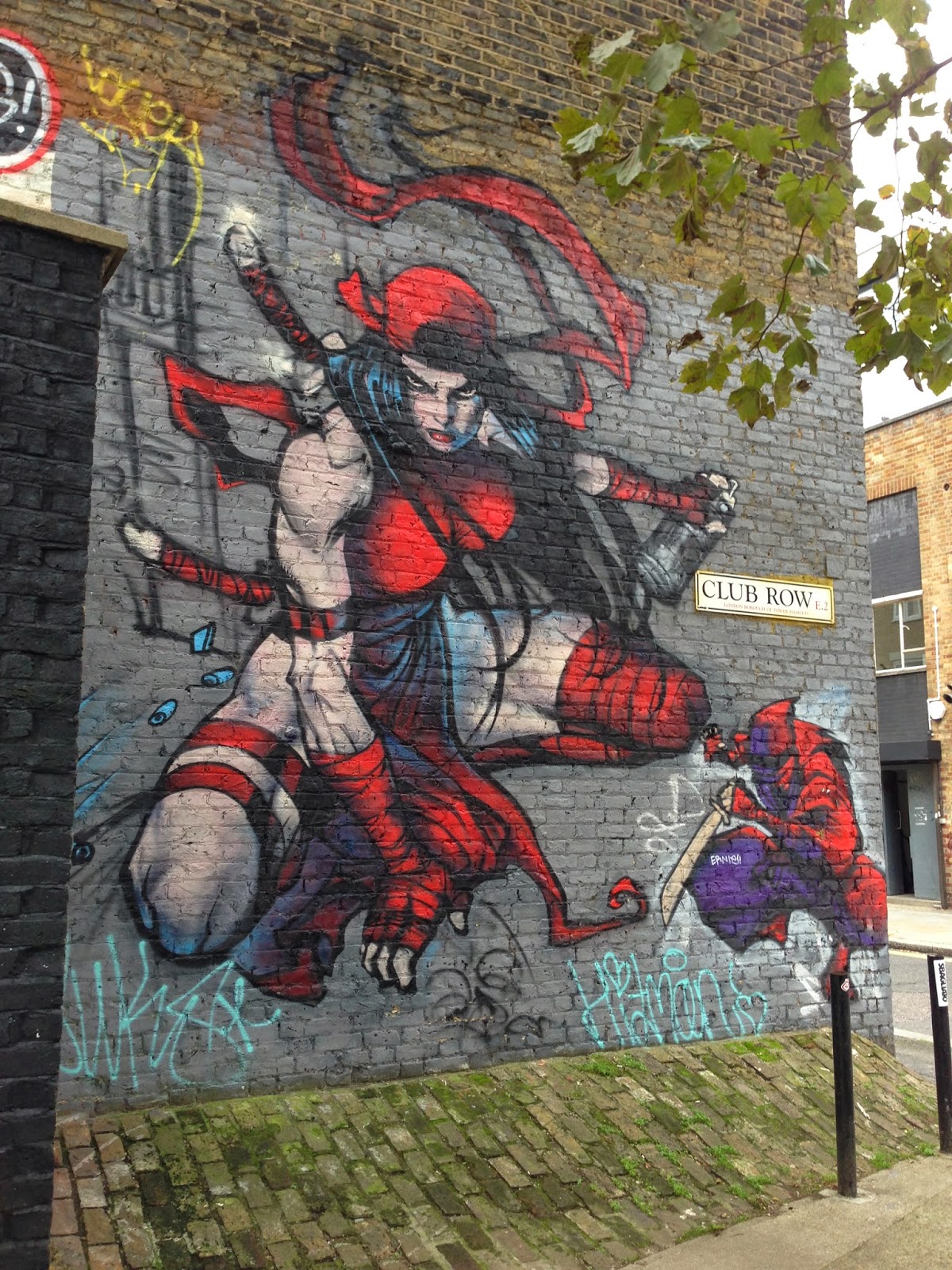 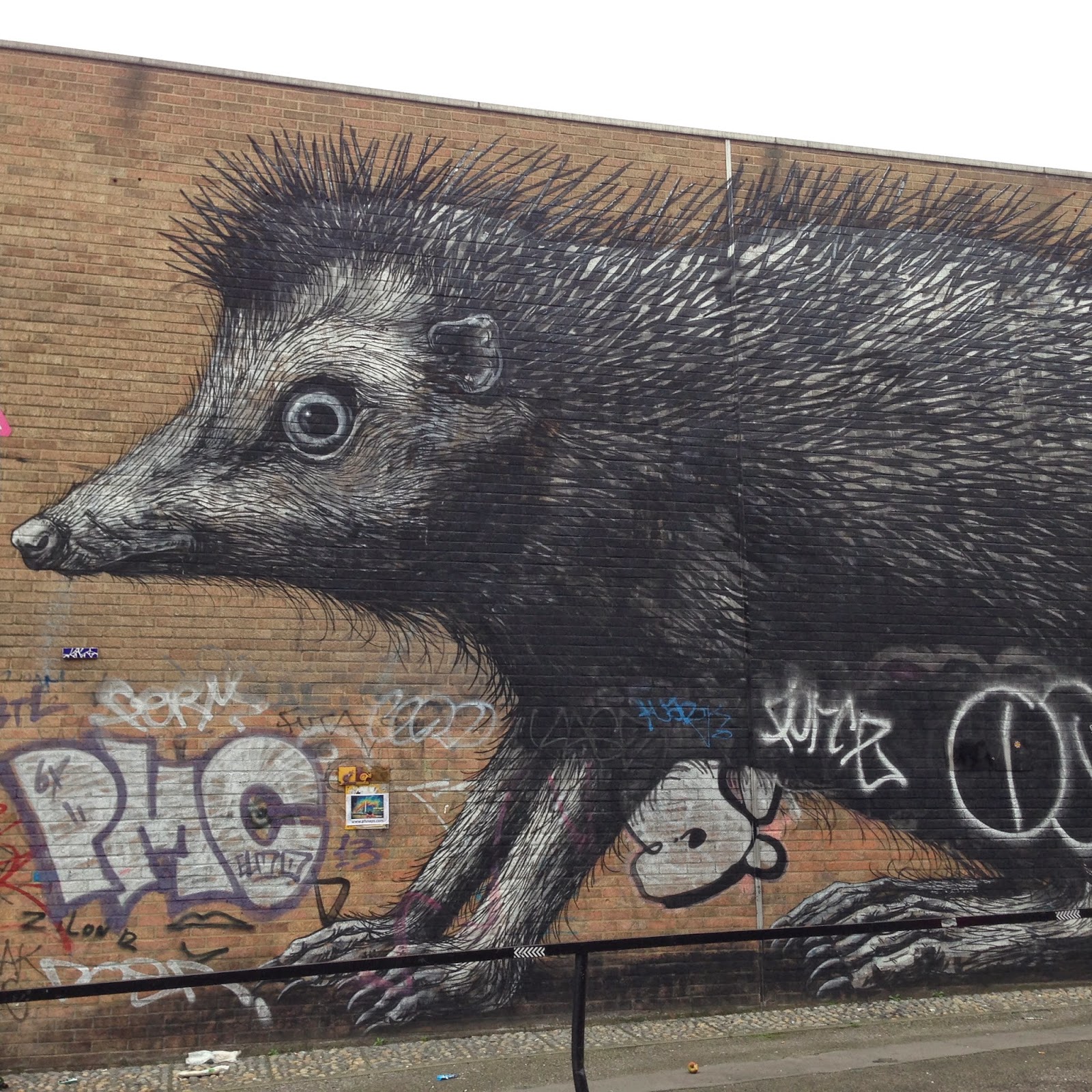 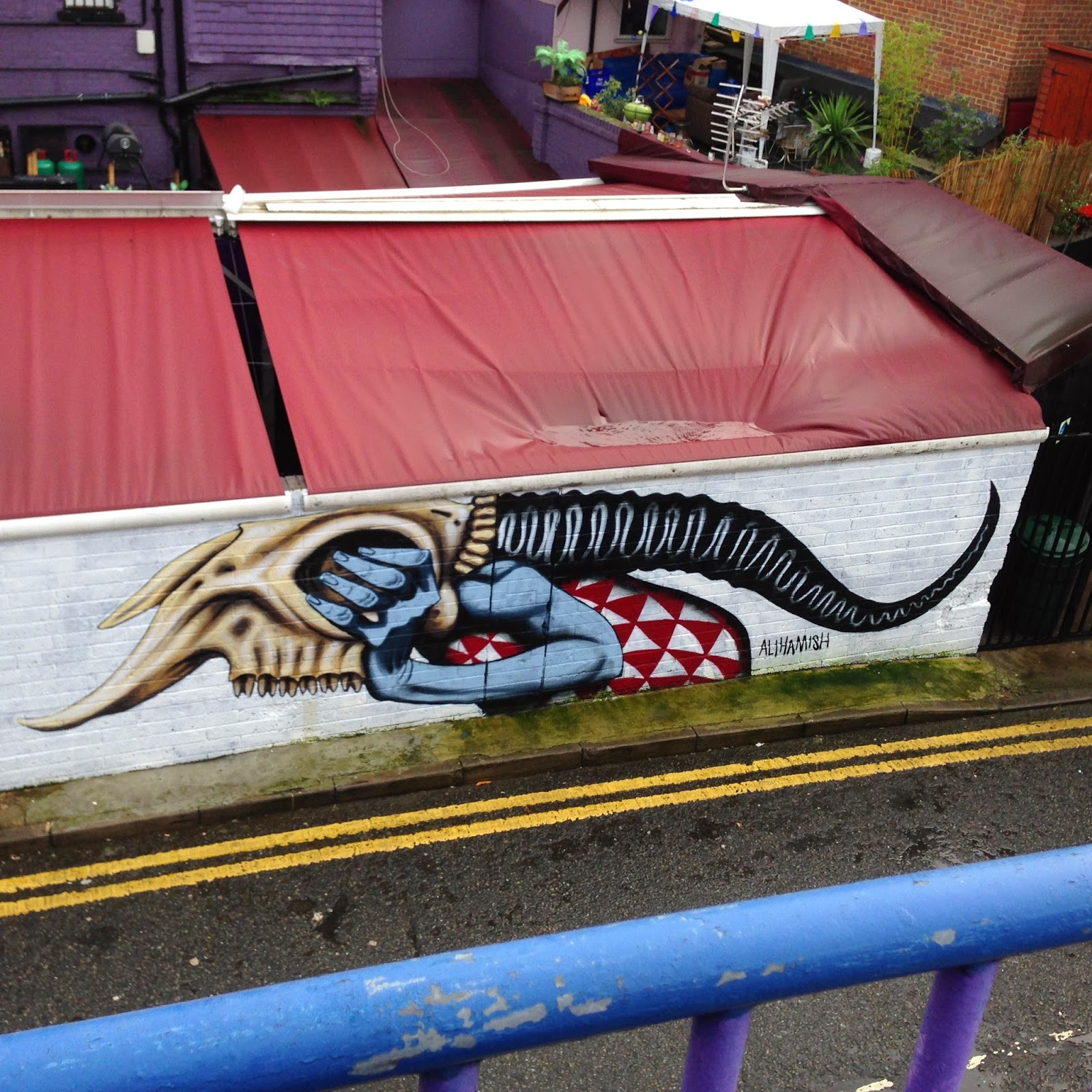 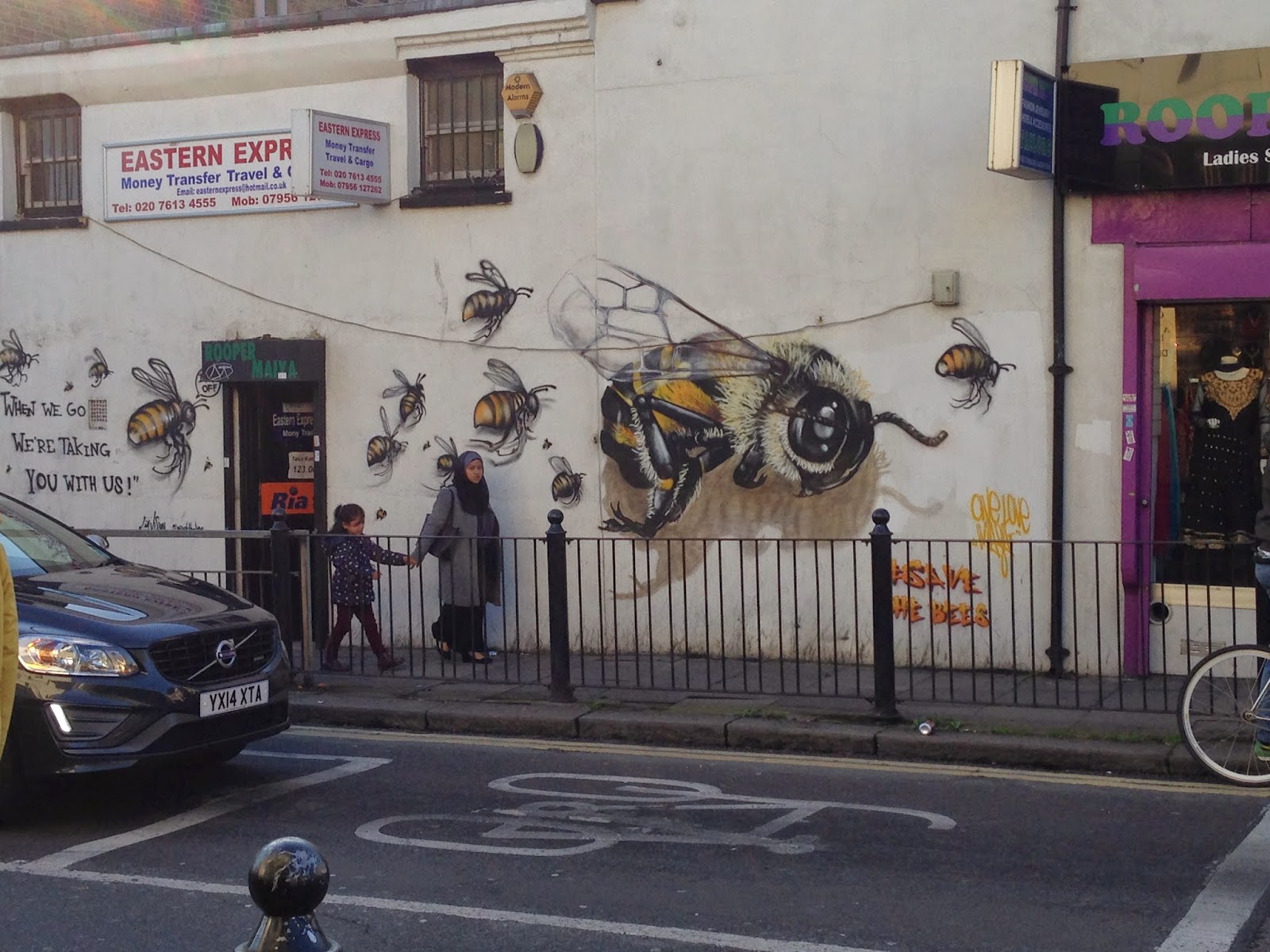 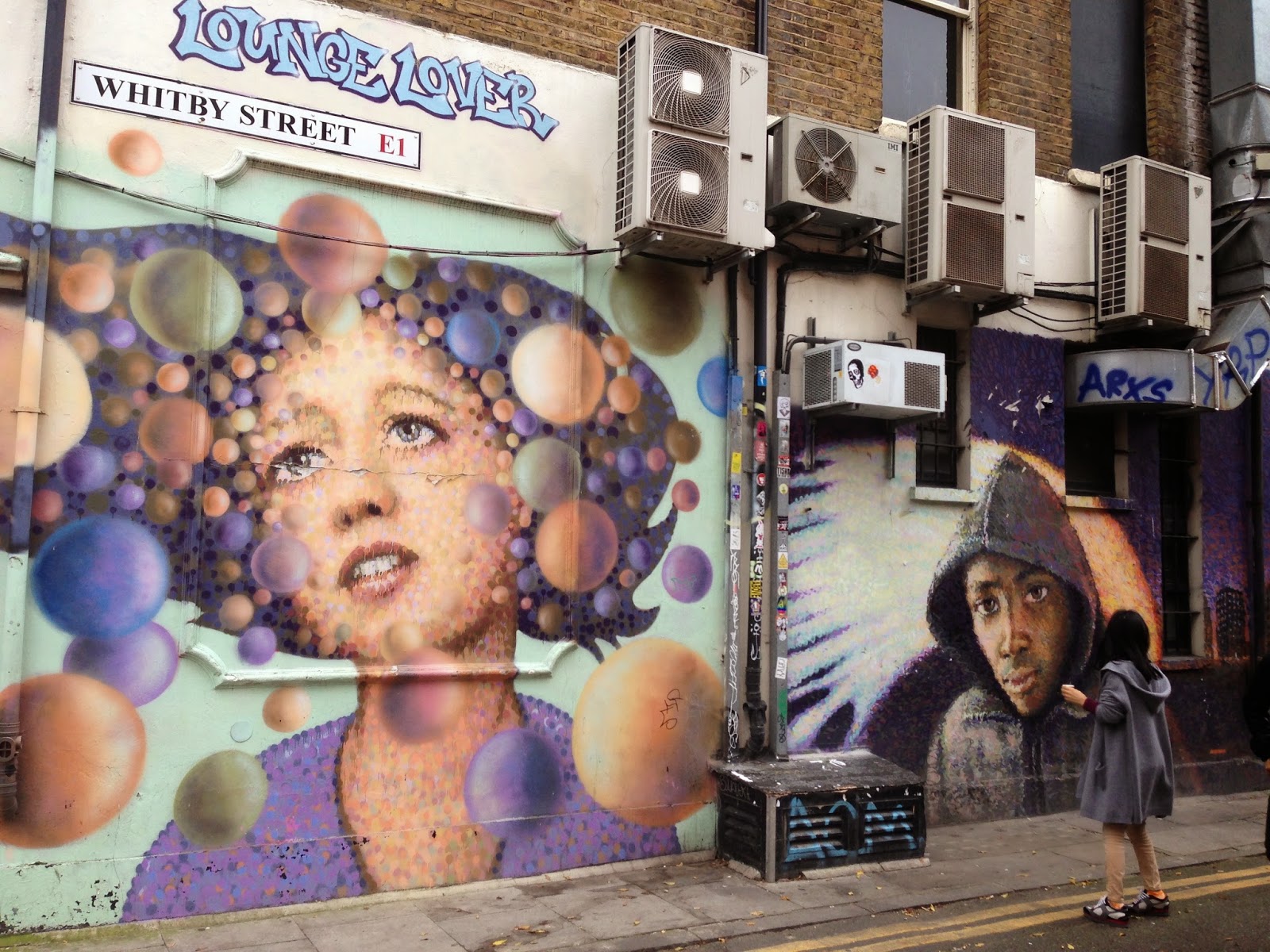 What else has happened that you should know? Well…

After weeks of pounding the pavement and the online housing ads, I finally found a place to live in Bethnal Green that I liked. Then I lived there for a month, and discovered I liked it less than I thought, so did some more searching and just moved to Lower Clapton. So, since the last time I posted on the blog I have moved twice. Pics and info on new place will come later. But so far its a keeper :-)

A few more tidbits for ya:

That's all I've got for now. More soon though, I promise. Really.

Not to be trusted, this one. 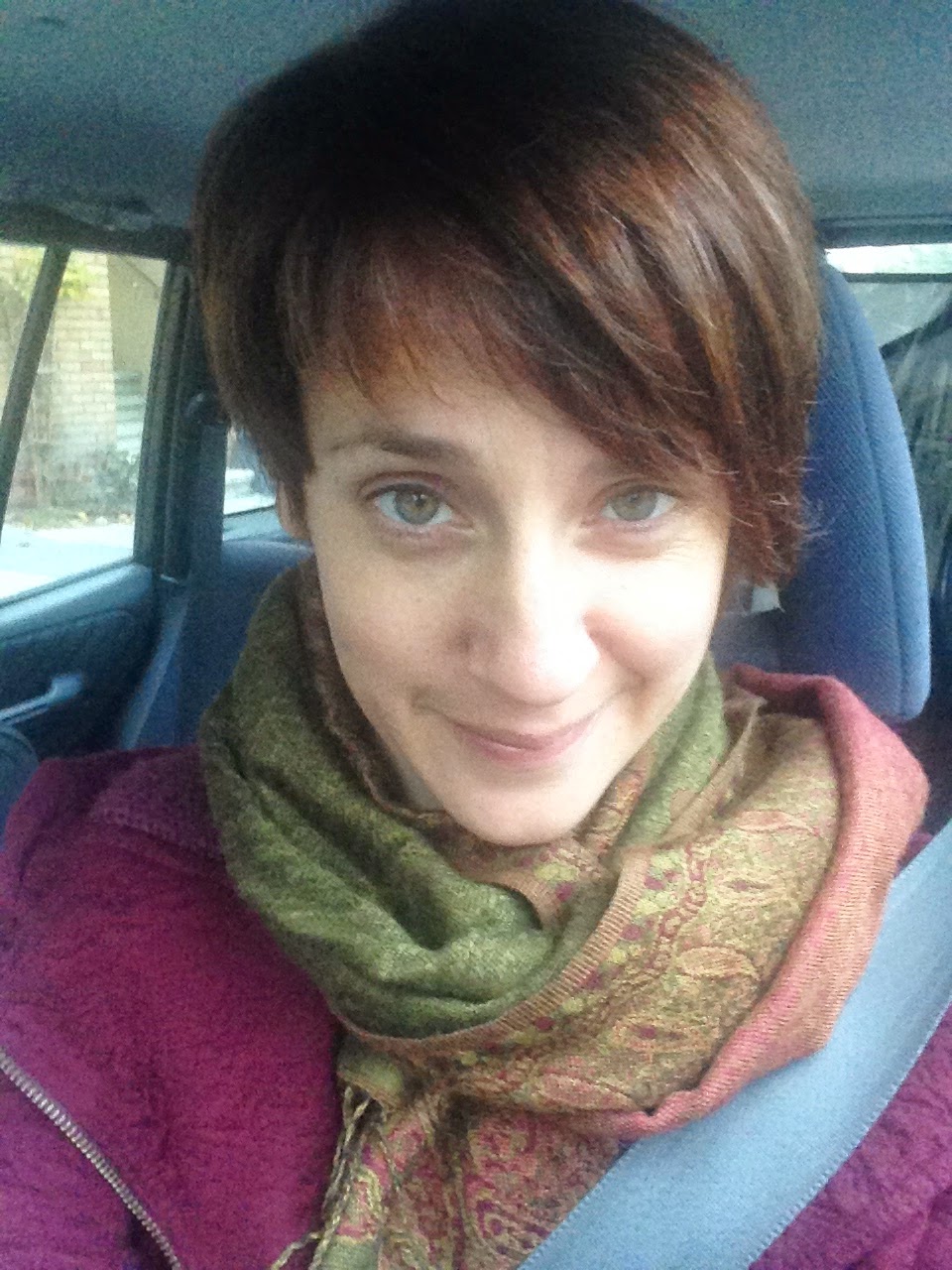 Becca
London, England, United Kingdom
Sometimes you leave the country and your mother wants updates basically every day. So you restart your ancient blog. And by "you" I mean "me".